Karma Shoarma is an award-winning plant-based kebab brand from the Netherlands. They make 100% plant-based kebab from locally sourced Dutch vegetables. The vegetables are processed in their factory and transformed into a plant-based version of the tasty kebab we all know and love. Their processes are very transparent, cruelty-free and is way less harmful to the planet; in fact, Karma Shoarma produces 52% less Co2 emission than a regular kebab. Karma Shoarma proves that you can enjoy juicy kebab without causing harm to animals, our planet and our own health.

The brand was launched in 2018 and since then the business has grown very fast. They managed to gather quite a name on large festivals and events in the Netherlands, such as Lowlands, DGTL, TNW, Best Kept Secret, and many more. They have even won an important Dutch catering industry award. As their product continued to grow and received more interest from restaurants and commercial parties, Karma Shoarma decided that it was time to evaluate their branding identity. Their previous identity was admittedly a rush job done by themselves, and an update was needed to reflect their business growth. That was the moment Karma Shoarma reached out to us, with the question to re-brand their existing identity.

We’ve helped Karma Shoarma with the creation of a strong brand identity, which is applicable in many formats. The identity can be described as remarkable and quite rebellious. As kebab is known to be the favourite snack/dish of many men around the world, we decided to create a contrary look for the brand and adjusted the primary colour to a more feminine colour - pink. We didn’t want to lose the masculine vibe and added contrasting colours, such as red and black, and added rough typography and quirky illustrations. We’ve also helped Karma Shoarma with the creation of the overall visual communication, packaging design, web design & brand photography. 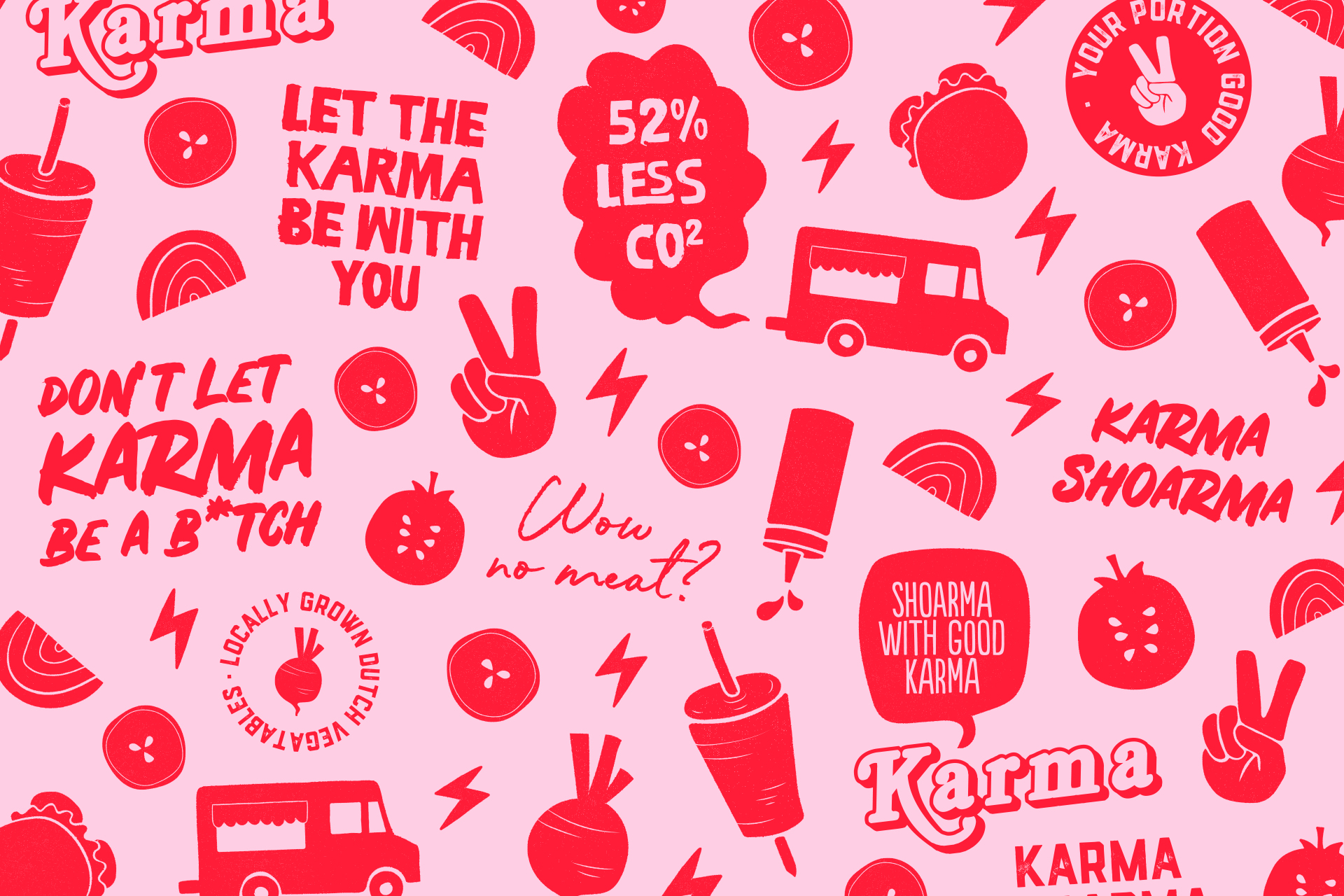 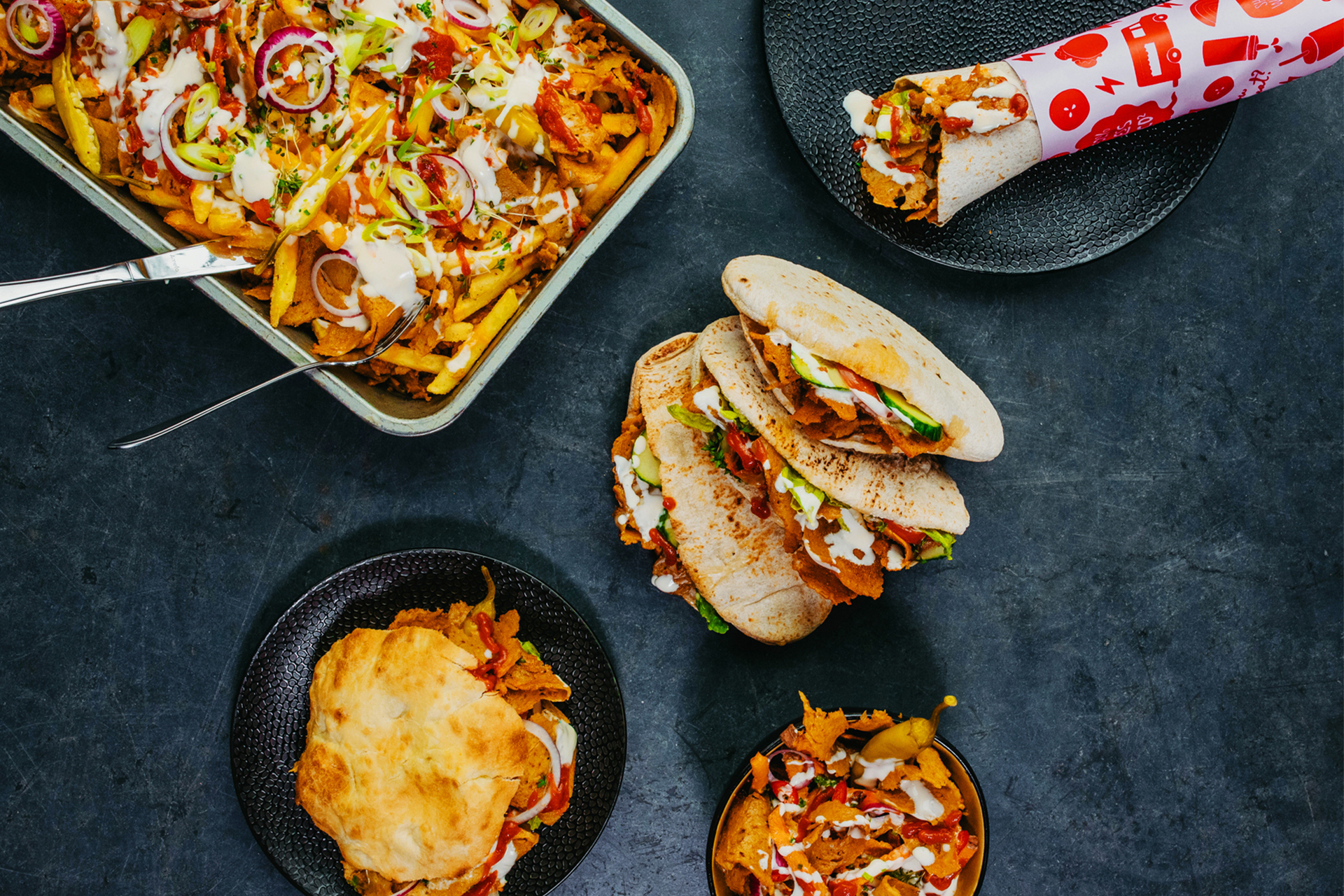 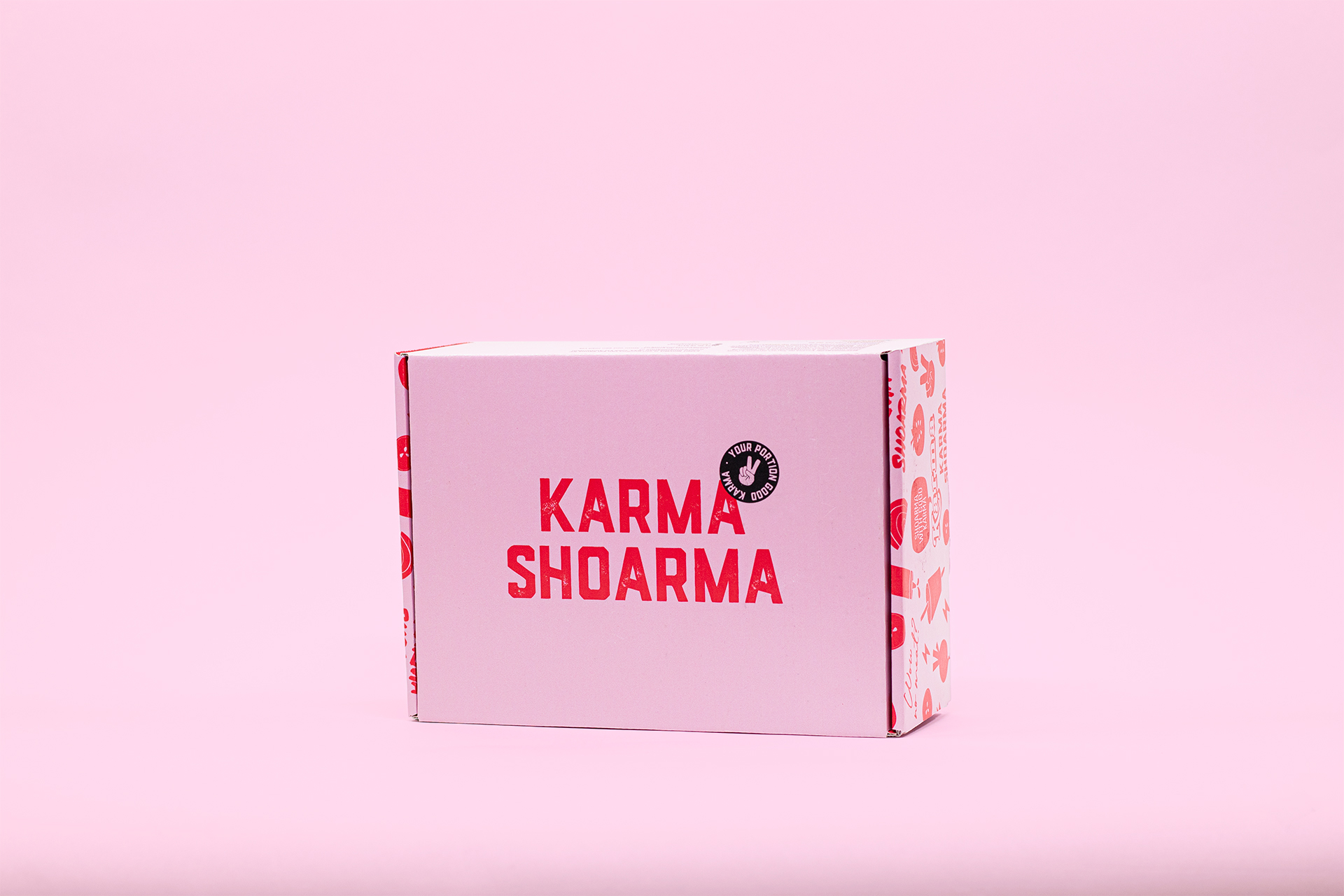 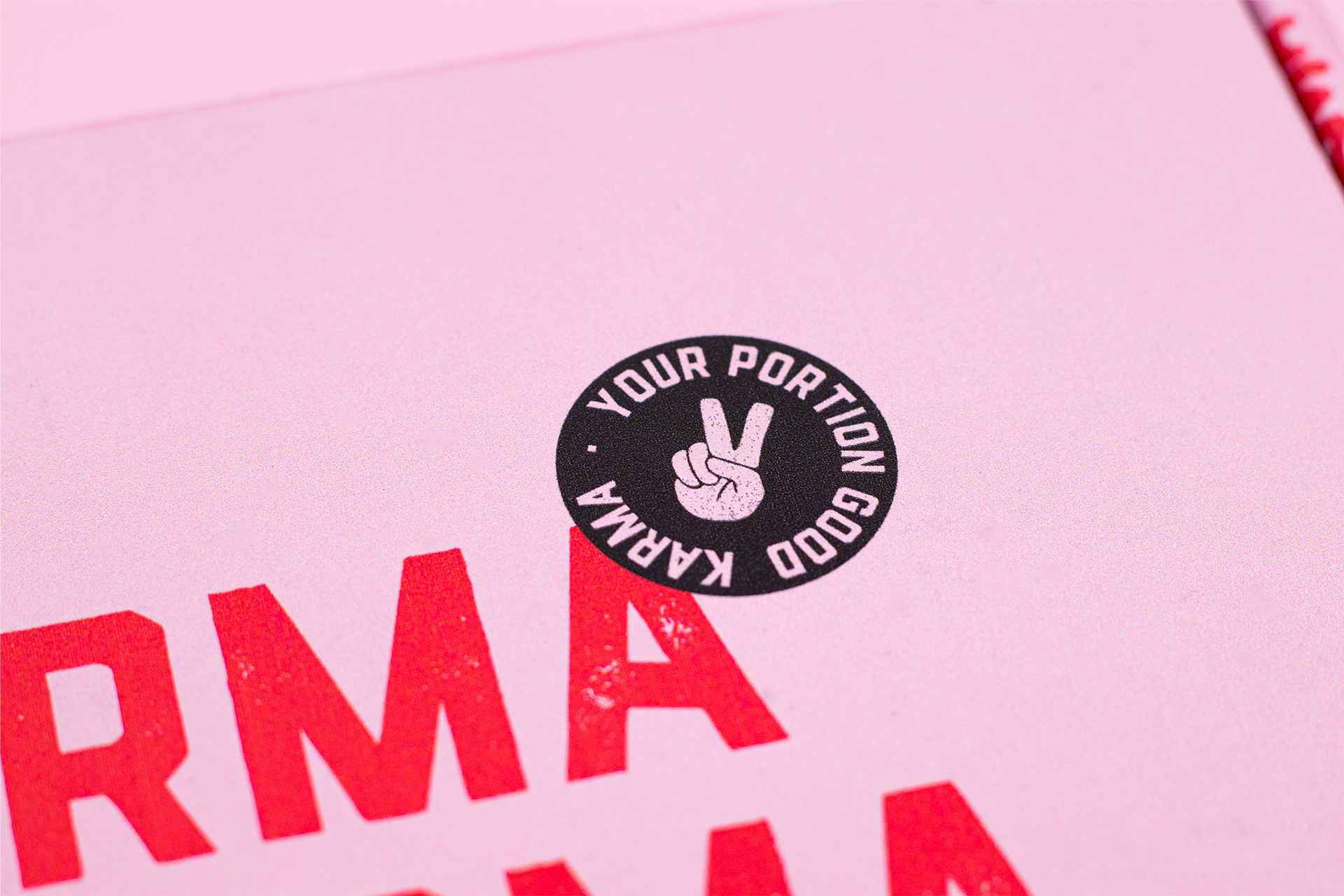 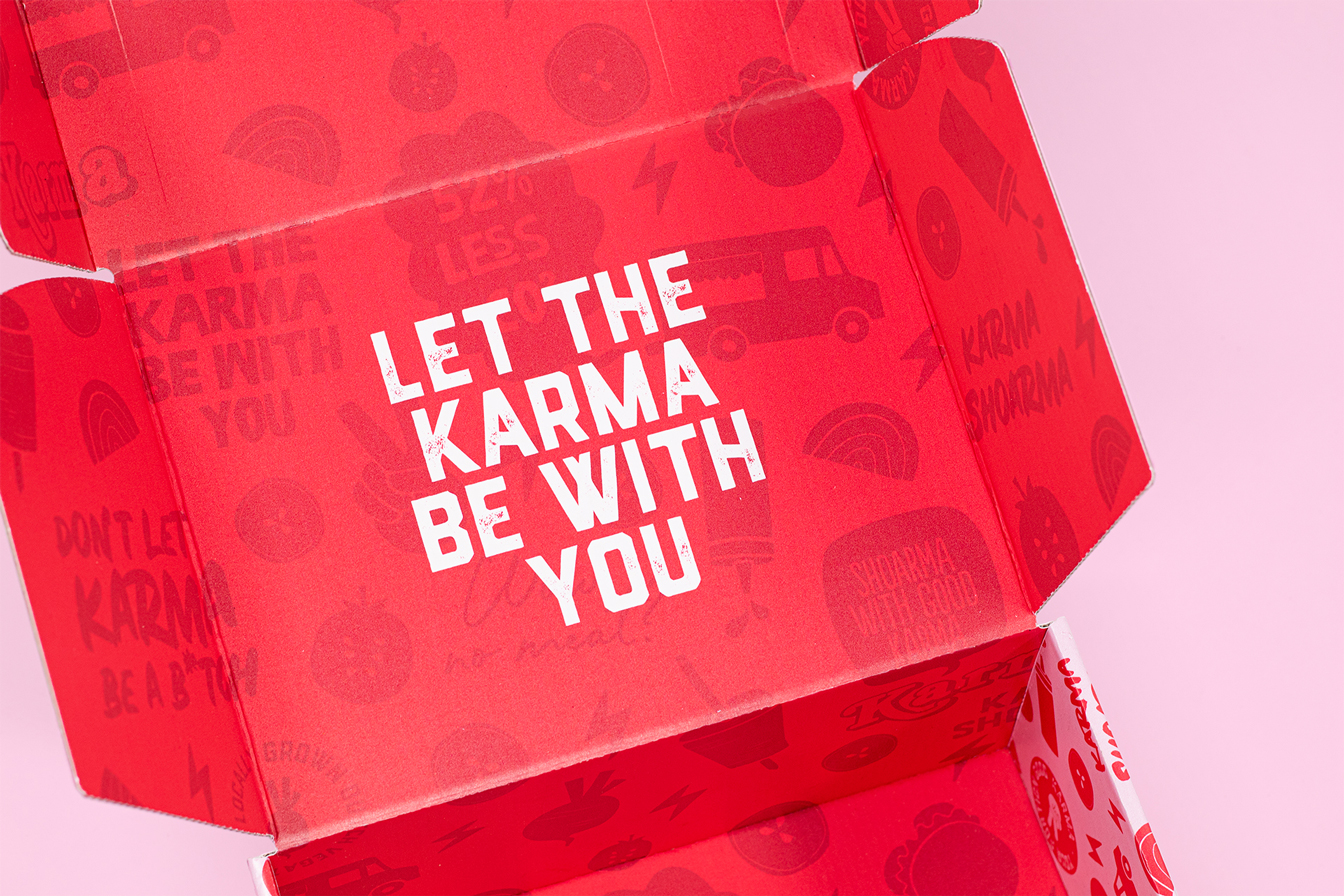 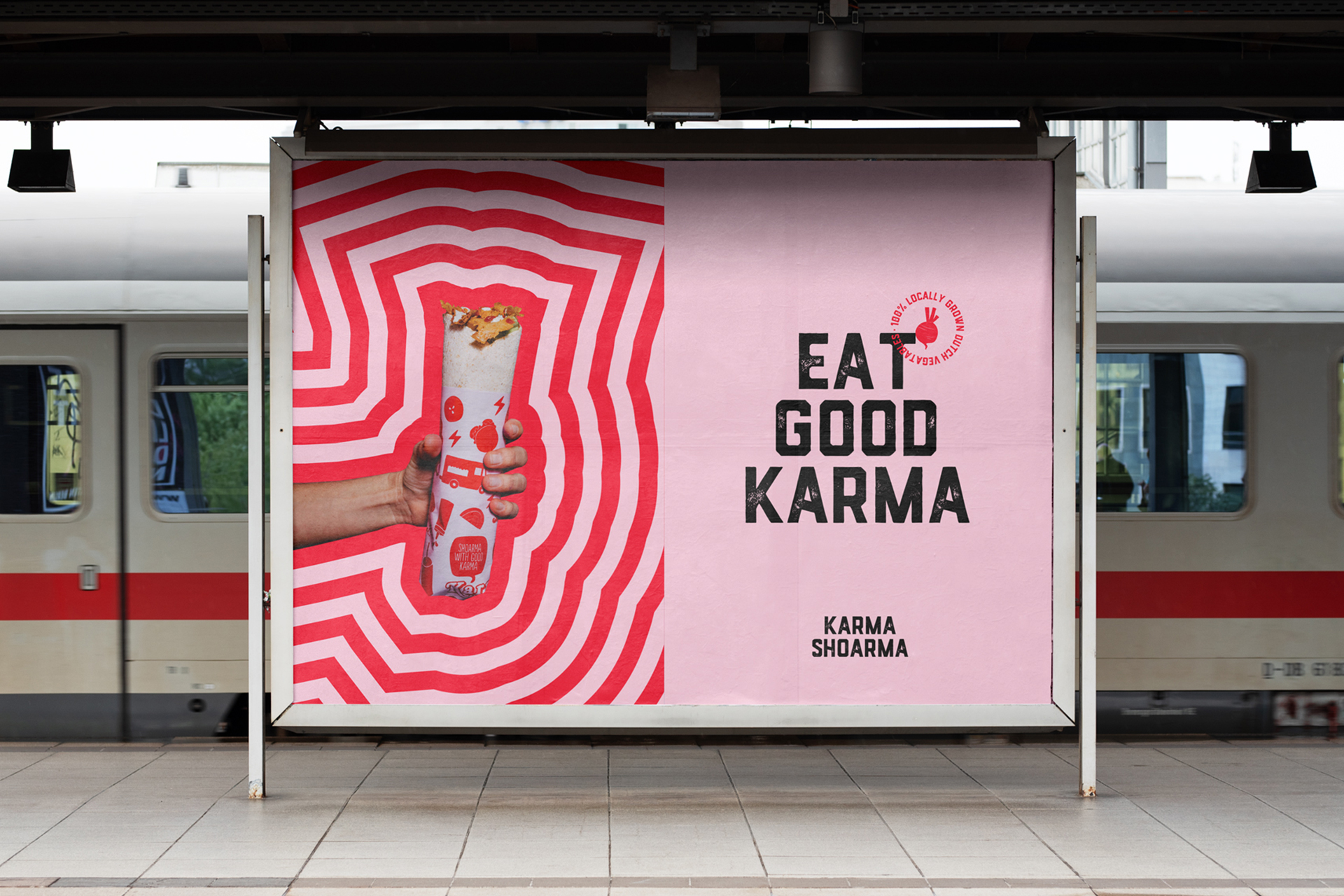 "The Kindly Made team has helped us a lot with making the Karma Shoarma brand more appealing in a very short time. They are fast, creative and think along with you. That has brought our brand identity, packaging and website really to the next level. It is an absolute bonus that they also have a huge passion for plant-based brands." 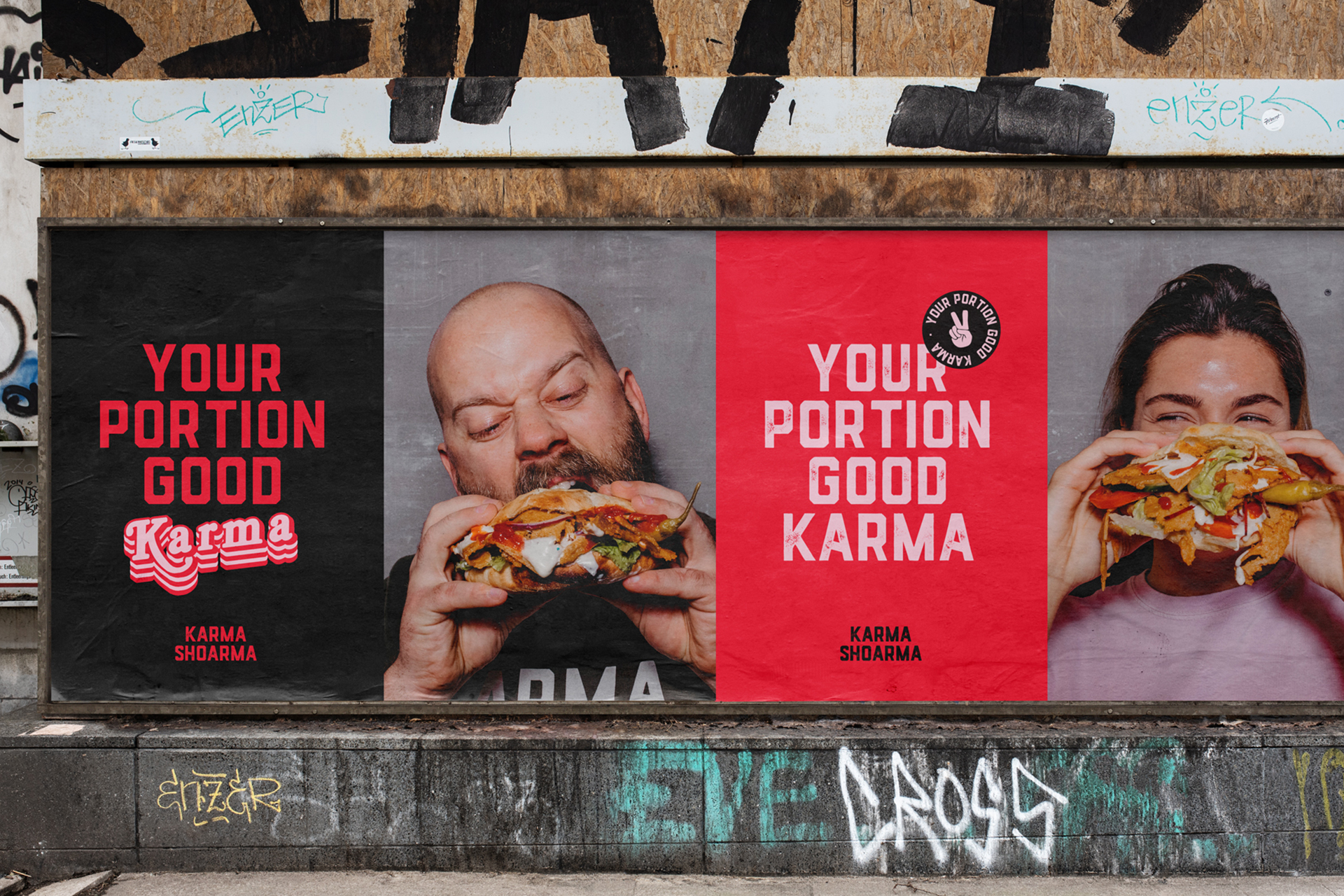 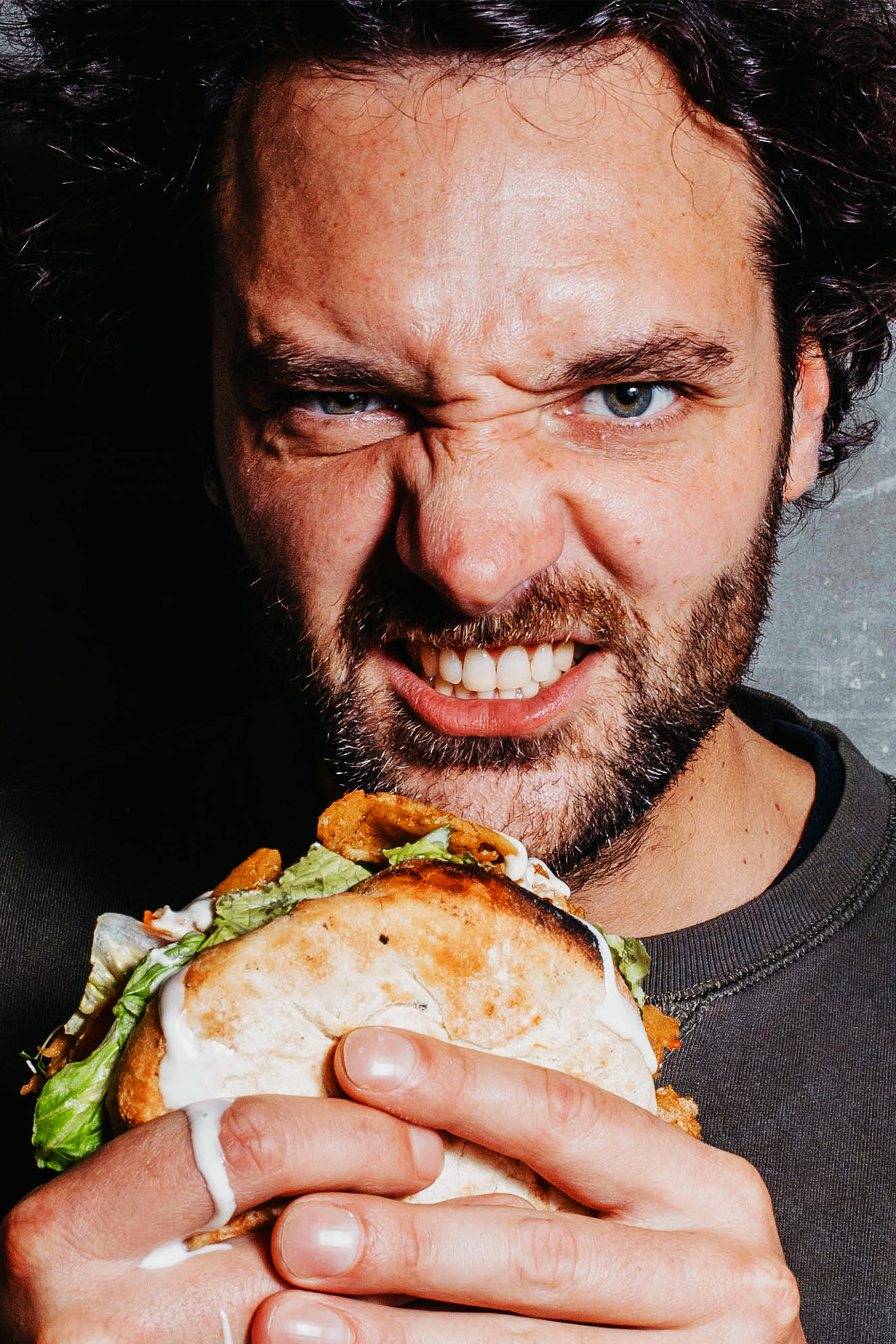 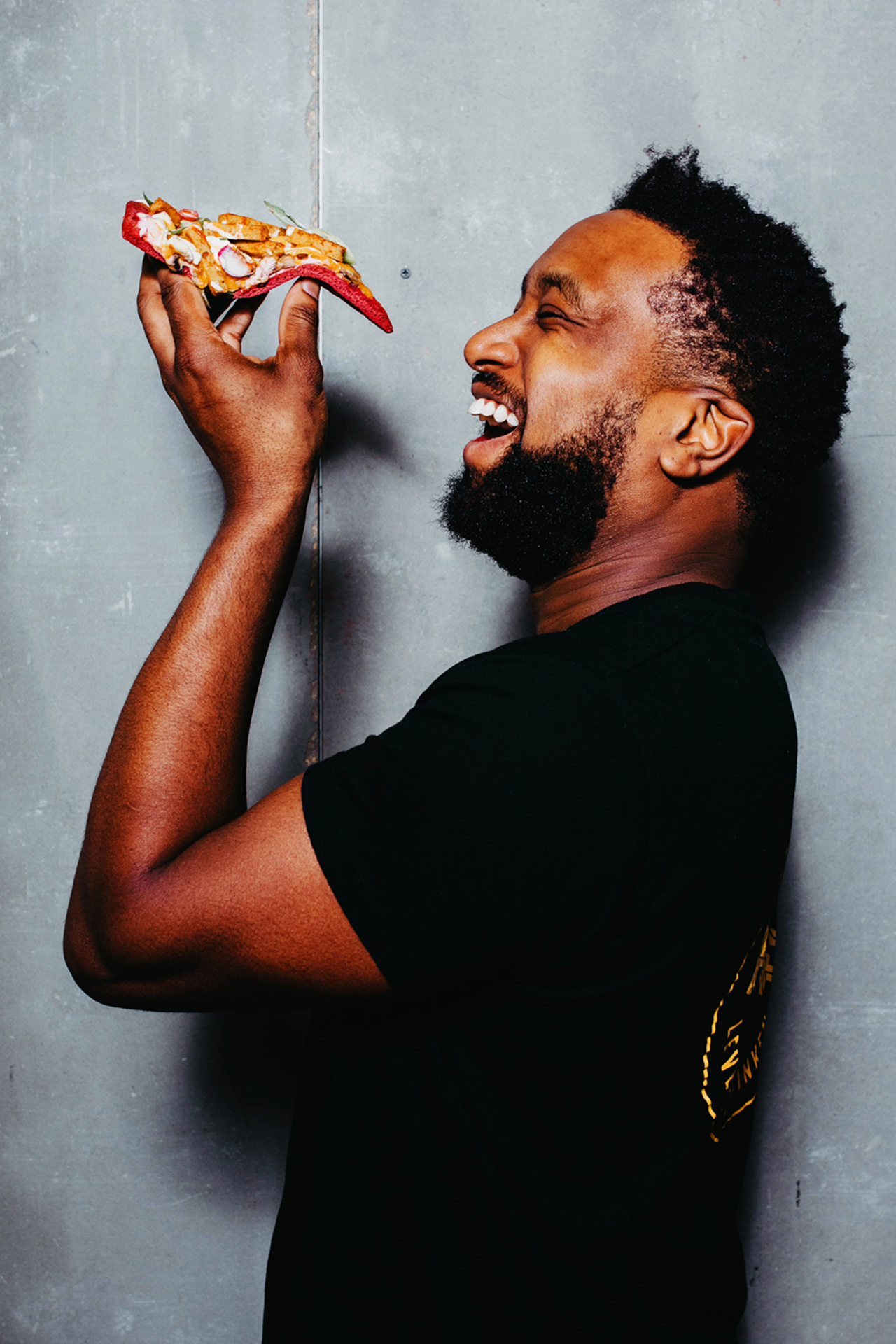 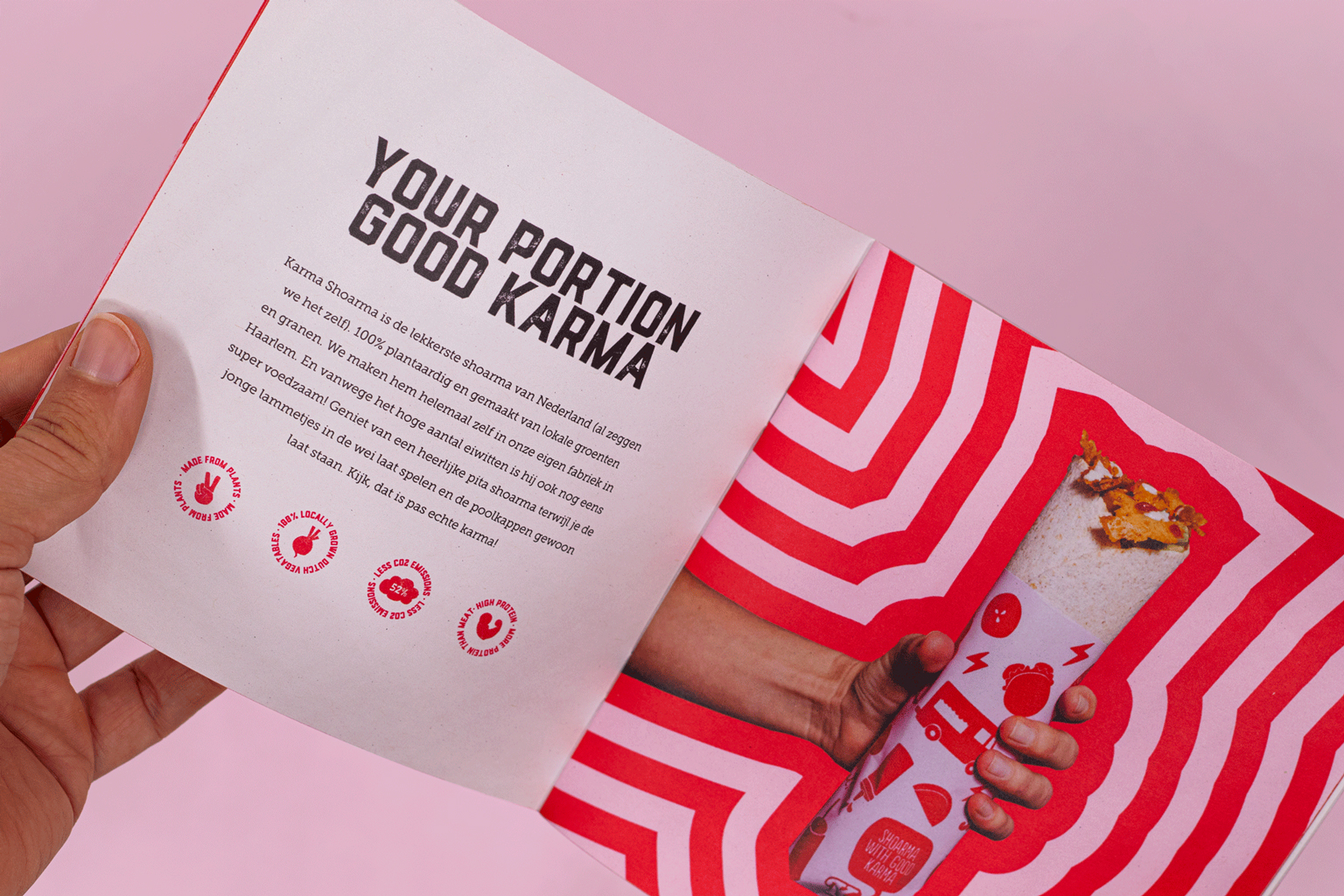