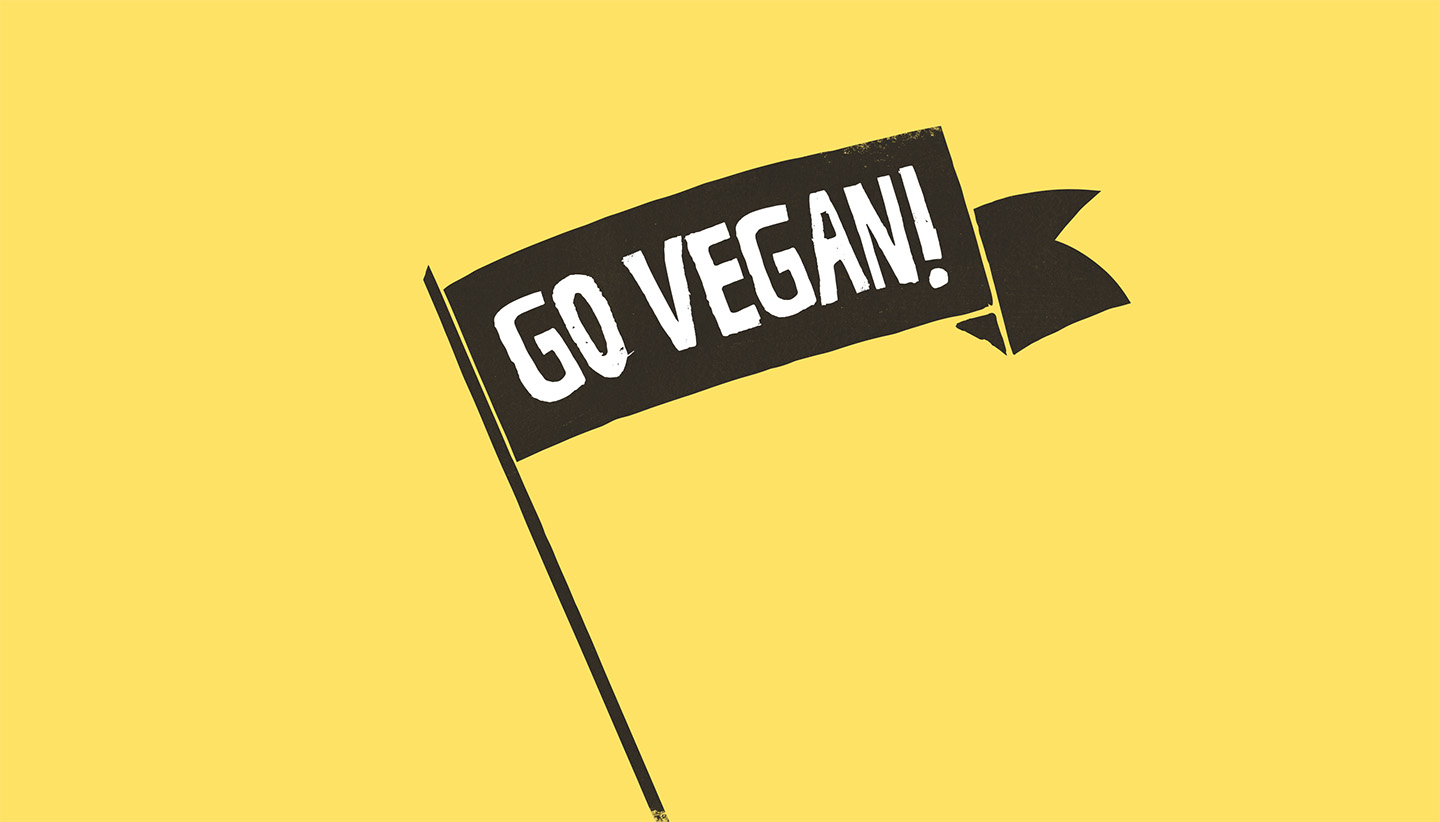 It goes without saying - we’re not exactly living our best lives right now, are we?

Although we’re collectively going through one of the most difficult periods in our lifetime, we try to keep a positive outlook here at Kindly Made. And as tough as today's world may feel at times, many of the difficult events witnessed in 2020 have led (or are leading towards) huge cultural shifts.

We take this as an indication that we’re moving towards a better future.

One major shift that can be celebrated right now is the massive number of corporations who are joining the plant-based revolution. From a business perspective, this makes total sense - the demand for vegan-friendly products continues, and will continue to rise. In fact, the number of Veganuary participants saw a 45.2% increase in 2021, with over half a million people signing up to the plant-based pledge.

And why not? In addition to the many benefits you can gain from switching to a plant-based diet, there has never been an easier (or more delicious!) time to go vegan.

Of course, it’s important to first recognise the many smaller companies who originally serviced the vegan community and advocated for a kinder world through their products. Without these players, the demand for vegan products wouldn’t be there in the first place. We hope to see continued diversity in the marketplace, and local, innovative brands continue to be celebrated and supported.

However, we equally feel that every business that switches cruelty-free products is a massive win for our community. And the more that these shifts are celebrated and recognised, the more influence the vegan movement will have on the world.

Here are some of the big brands that have made some big (plant-based) changes in their business;

What comes to mind when you think of a classic, all-American hamburger? For most people, the image of a Big Mac comes to mind.

As McDonald’s is usually known for their meat-heavy, convenience-first food products, we were pleasantly surprised to hear they are trialling pea-based protein burgers in test markets. The “McPlant” burger was developed in collaboration with Beyond Meat, and the patty will also be offered as a flexible meat-substitute item.

McDonald’s will trial the McPlant in Sweden until March 15 and in Denmark until April 12. We hope this is the beginning of the McPlant being offered globally and we would also love to see the burger being prepared on separate equipment.

Ronald McDonald isn’t the only one who is changing their old ways!

While some critics have pointed out that the Rebel Whopper includes non-vegan mayo and is prepared on the same grill as meat, we truly believe this is a company that is stepping in the right direction. Every opportunity for a customer to choose a plant-based meal over meat should be celebrated, and we feel this is only the beginning of killing animals for food being phased out - for good.

Another multinational American chain that dominates the market is also responding to changing consumer behaviour - Starbucks.

Starbucks recently had a fully-vegan menu in one Seattle location to test new plant-based menu items in-store. In fact, Starbucks has a history of making bold moves by adapting to consumer behaviours, being one of the first major chains to offer soy milk alternatives in the 1990s.

Although we’re disappointed to hear that the trial has since ended, we commend Starbucks for being a leader in introducing plant-based milk and meal items to their stores. We hope they decide to introduce fully vegan menus in the future as more people embrace a cruelty-free lifestyle.

(And we’re happy we now have milk alternatives other than soy, too.)

Now, this is something we’re really excited to hear about! A ‘world’s first’ plant-based baby formula will be launched later this year, and it’s made from entirely organic ingredients.

The plant-based nutrition company Sprout Organic creates products for infants and children, and will launch a new vegan milk formula in health food stores, independent supermarkets and pharmacies around Australia.

Now technically speaking, Sprout Organic isn’t a big business - but it certainly will have a huge impact in the baby food category. Australia has the highest standards in the world regarding infant formula, so it can only be expected that their formula will offer a stronger nutritional profile than already existing dairy-free infant formulas in the marketplace.

Breastfeeding isn’t always an option for mothers, so we’re thrilled to hear that there will be more dairy-free choices available for those who need to use infant formula. And given the known adverse effects that dairy can have on infants... we think it’s best to leave the cow’s milk to the baby cows.

If you’re someone who follows the stock market, this is surely news you’ve recently heard about.

California-based company Beyond Meat has announced a partnership with PepsiCo to develop a range of vegan foods and drinks - dubbed The PLANeT Partnership. The venture was released via a press release on the PepsiCo website;

“Beyond Meat shares PepsiCo's passion for creating products that are good for both people and the planet, using simple, plant-based ingredients with no GMOs or bioengineered ingredients. The company believes there is a better way to feed our future and that the positive choices we all make, no matter how small, can have a great impact on our personal health and the health of our environment.”

Hearing major corporations like PepsiCo state that there is a “better way to feed our future” truly fuels our belief that we’re on the cusp of witnessing a massive shift in the world that is so desperately needed. We can’t wait to see what products they launch in the future!

Although there is nothing luxurious about dead animal skin… there’s no denying that leather seats in cars can give a certain luxurious feel.

Luckily, future car buyers will now have an option that is both cruelty-free and luxurious at the same time - thanks to the car manufacturer MINI.

MINI will soon be going leather-free, opting for recycled interiors that still have a luxurious touch and feel. Oliver Heilmer - MINI’s head of design - spoke to British car magazine Autocar about the decision to go leather-free. "We're totally convinced that we will have modern and high-value products without leather.”

Yep, the fast-food giants are taking notice of the worlds changing consumer behaviours!

Whilst KFC has already offered plant-based menu items for quite some time, we’re really excited to hear about this new change.

In response to the concerns that many vegans have around KFC cooking plant-based foods alongside chicken foods, KFC Canada will permanently cook these foods in a separate fryer.

Whether or not KFC is somewhere you’d like to eat, there’s no denying that the company has demonstrated their ability to hear and address their customers' concerns with this move. We’re sure the Coronel would be extra proud if KFC decided to make this change globally, too! 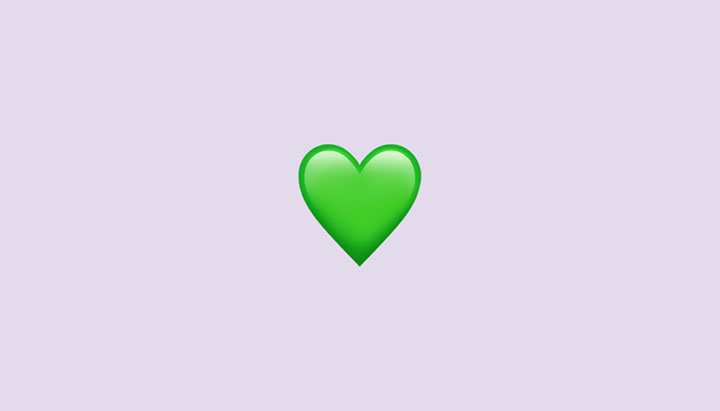