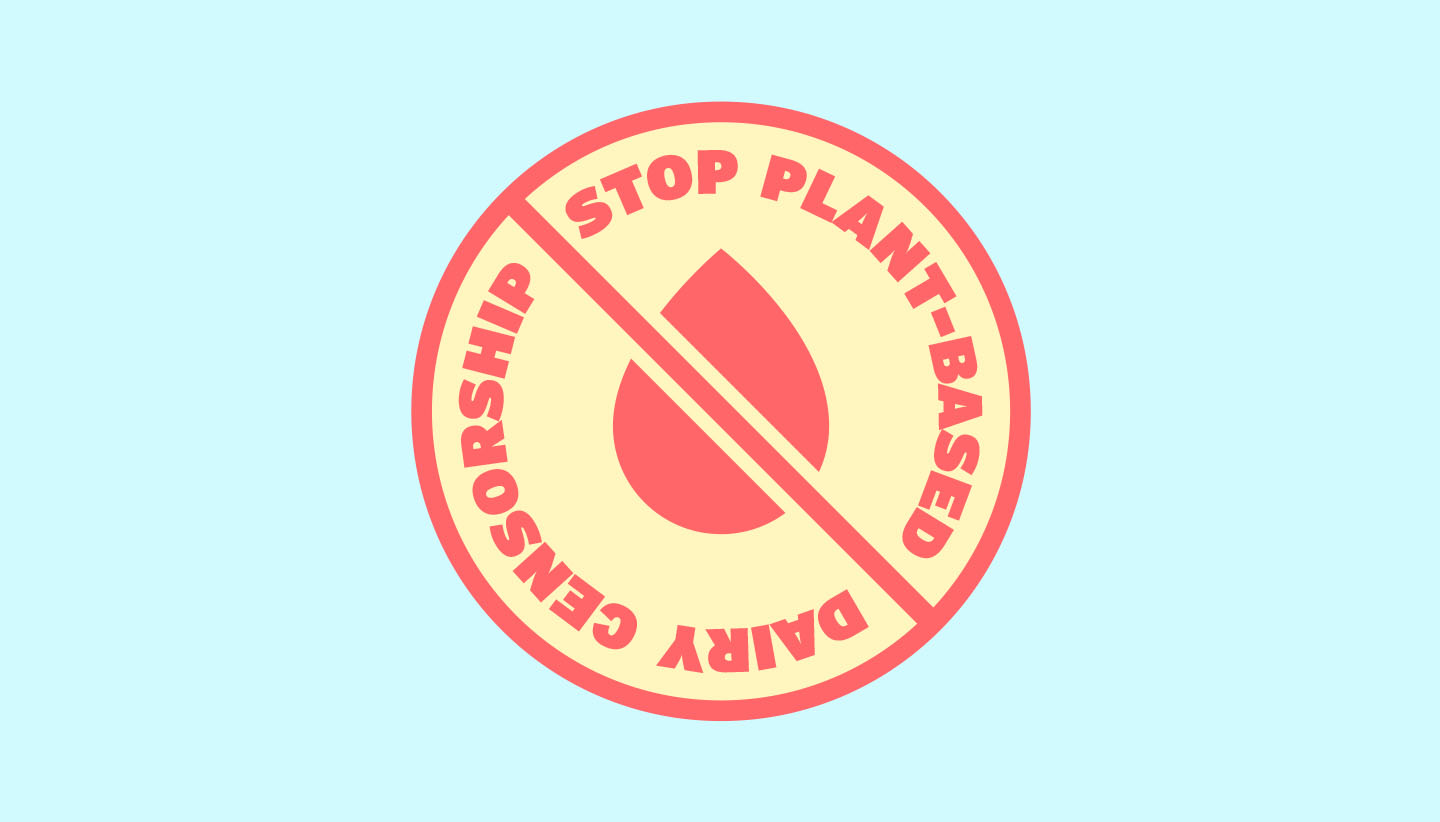 Why Censorship On Plant-Based Dairy Affects Everybody

In 2017, the European Court of Justice ruled that dairy terms can no longer be used for plant-based alternatives, such as cheese, butter and yoghurt. The regulations were put in place “in order to stabilise the markets and to ensure a fair standard of living for the agricultural community”.

And the censorship is about to get worse; if a new set of rules are passed, known as Amendment 171, it will be illegal for plant-based foods to be compared to dairy products at all.

When the amendment is introduced, vegan producers will also be prevented from discussing the health or environmental advantages of their plant-based products. As brought to light by ProVeg, this amendment would totally counteract the consumer shift to more sustainable eating habits that are urgently needed to fight climate change.

A petition championed by ProVeg explains how the amendment would impact the consumption of plant-based food;

“In this way, amendment 171 would not only hide information from consumers, but also hinder innovation and the emerging sustainable food sector”.

Some European politicians have spoken out against the ban. Francisco Guerreiro, a Portuguese politician, has publicly blasted the EU’s proposed dairy ban; “we know how to read labels and distinguish cow milk from plant-based milk”.

Claiming that the amendment supports farmers and the agricultural industry is no excuse. There are organisations such as Refarm’d, who help former dairy farmers to produce and deliver vegan oat milk. The world desperately needs to make changes towards a sustainable future, and governments should be doing more to help farmers make the switch towards plant-based food industries - not hinder it.

So what can you do to help?

ProVeg has created a petition urging the European Commission and EU Member States to reject Amendment 171 and put a stop to plant-based dairy censorship.

The petition, which is supported by companies such as Oatly, Upfield and Quorn, urgently needs your support to raise awareness of this highly irresponsible potential move.
Please add your name to the petition asking the European Union to stop plant-based censorship, share the petition amongst your network and help others understand the devastating impact Amendment 171 could have on the fight against climate change.